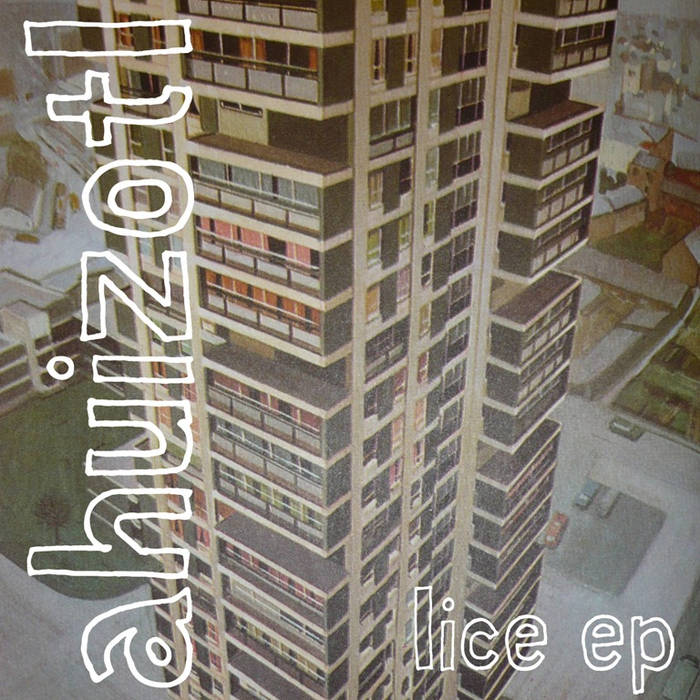 "From Yuck to Antiques to Cymbals Eat Guitars, there's been a rash of bands lately reviving the alternative/indie rock sounds of the 1990s to glorious effect. Hell, Guided by Voices is pretending the past 15 years never happened at all. Cologne, Germany’s Ahuizotl, named after a creature of Aztec mythology and who've had a handful of releases since 2004, are perhaps an unlikely addition to the list, but you can put 'em on there anyway. 'Self-Made' is a highlight from their 2011 mini-LP Lice and, like the rest of these songs, has more in common with the sounds of the Pacific Northwest circa 1997 than what their fellow countrymen are churning out. This is one quality jam."
(Pop Headwound, 02/2012, popheadwound.com/2012/02/07/introducing-ahuizotl)

"Few things get us as excited as Dinosaur Jr.-influenced losercore, and so it took only seconds of listening to Ahuizotl's recent Lice EP to know we had struck gold. The Cologne, Germany-based guitar pop quartet certainly wears its '80s and '90s American underground influences on its proverbial sleeves (search the band name on YouTube and you will find fronter Barry Langer covering all the greats, including Palace's 'I Am A Cinematographer' and Pavement's 'Elevate Me Later'). And the same goes for the thrilling seven-song set Ahuitzol self-released last summer. The act - which just last week opened for Wild Flag in Cologne - is named for a creature that ancient Aztecs believed had a hand on its tail, but that's not important right now. What is important is that the foursome's music communicates right at gut-level with big guitars, tastefully restrained synth and earnest vocals. The brilliantly understated 'Slide' rests somewhere on an axis between Yo La Tengo's 'Blue Line Swinger' and The Cure's 'Play For Today'. The strummer 'Work Is Over (If You Want It)' recalls Versus (particularly the chorus 'this is a call to arms / I know you're strong enough to hold me...') and is both buoyant with longing and helplessly tethered by resignation. 'Self-Made' makes it by dropping dense guitar in and out of over top of insistent fuzz bass and strikes a neat crescendo before a guitar solo rendered in liquid mercury. Ahuizotl's Bandcamp also houses two earlier collections fo material that suggest Mr. Langer has been honing his craft for almost a decade, and while there are bright spots in the back catalogue, the energy and focus of Lice is a huge step forward for the band. Have a listen to 'Slide' below and then click over to hear the entire EP, it is dynamite."
(clicky clicky music blog, 02/2012, jbreitling.blogspot.com/2012/02/todays-hotness-ahuizotl-grass-is-green.html)

Bandcamp Daily  your guide to the world of Bandcamp