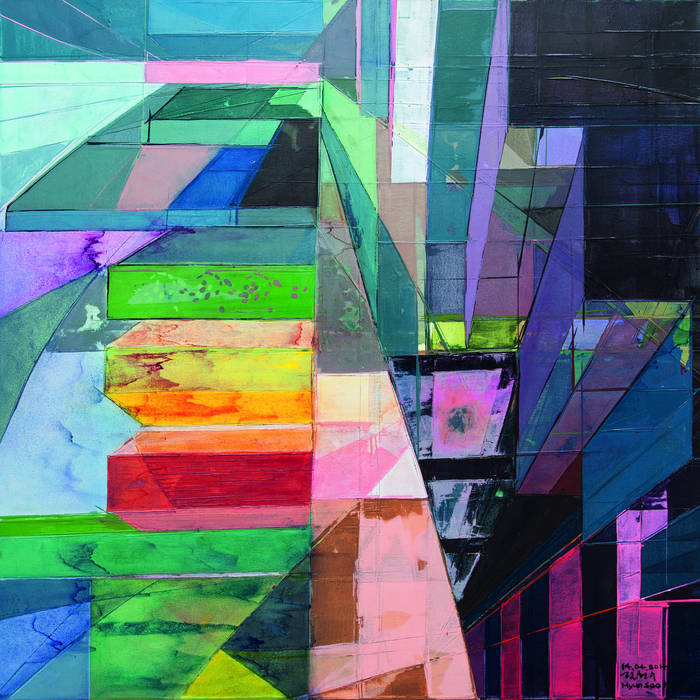 
"American indie fans who know just one thing about Cologne, Germany probably know it as the home of electronic music goliath Kompakt. But in the shadow of that label -- whose aesthetic persistently looks toward a minimalist, abstract and beat-driven future -- a veteran guitar band called Ahuizotl operates within the more traditional framework of indie rock. Although the foursome only just released its long-anticipated full-length debut last week, it has been lurking in the underground in one form or another for about a decade, and has shared stages with such big-font bands as Wild Flag, The Twilight Sad and Zookeeper. The band's sound reaches back yet another decade, something Ahuizotl acknowledges by joking "we're from the '90s." And indeed the act's sound is a reverent love-letter to the losercore of yore. But most importantly, its new set Integrity Is Overrated contains great songs, including a progressive epic that suggests one exciting possible future for a band whose work is firmly rooted in the past.

Opener "Ghosts Of Departed Quantities" commences with a plodding analog synth figure that perhaps winks toward Cologne's electronic overground, but the stilted lick is gradually subsumed into a clockwork arrangement of spiky guitar and bass. The interlocking parts suggest the efficiency of '90s German/Danish noise-rock heroes 18th Dye, but guitarist and fronter Barry Langer's understated yet emotive vocals -- which enter with the first verse -- are more reminiscent of those of indie hero J. Mascis, and indeed a Dinosaur Jr. influence (sans the mind-blowing guitars solos) permeates Ahuizotl's entire album. Using Dinosaur and its American underground peers as guideposts, the German act's music presents as pretty conventional guitar/bass/synth/drums stuff. But just as with Mr. Langer's relateable, everyman accounts of relationships breaking down, the magic is in the details. From the drum break of "Perfect Day," to the terrific back-to-back sequencing of the quasi title track "Movie" and "Everybody's Breaking Up So Why Don't We?," the arrangements are economical and well-balanced, the performances remarkably tight. To be sure there is a touch of Teutonic precision to the proceedings, but Integrity Is Overrated is not without its own earnest passion.

As alluded to supra and elsewhere, the set's crowning achievement is the slyly titled eight-minute song suite "I Wanna Be Ignored." Its first three minutes are textbook Ahuizotl, but from there the exploration begins: first with a tense vamp that quietly intensifies into a full-blown guitar rave-up for the next two minutes, and then the song gently and gracefully decomposes into a jazzy jam marked by seeping feedback, what sounds like vibraphone, and light guitar leads. It's an extraordinary effort from the band, and one we hope might be considered a model for similarly adventurous work in the future. Ahuizotl bookends "Ignored" with two of the best tracks from its 2012 Lice EP, "Self-Made" and "Slide," making the back-half of Integrity Is Overrated particulary rewarding, and raising the spectre that fans who purchase the set on vinyl may wear out side B before side A.

Integrity Is Overrated was released by Tumbleweed Records Oct. 24, and Ahuizotl feted the set with a record release show at Cologne's King Georg club the following night. The album is available in a limited edition of 250 vinyl 12" records and as a digital download, both of which can be purchased via Ahuizotl's Bandcamp yert right here. A video for "Ghost Of Departed Quantities" was shot in early September, so remain vigilant and your attention should be reward before too long, we expect."

Recorded, mixed & mastered by Guido Lucas at Blubox in 2013/14.
blubox-tonstudio.de

Bandcamp Daily  your guide to the world of Bandcamp